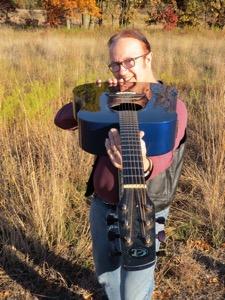 John Bennett has written well over 450 songs in his lifetime and continues writing and recording. In 1979 John was the original founder and president of the Minnesota Songwriters Association and was involved in the education and promotion of songwriters. In 1989 John also co-founded the Minnesota Association of Christian Songwriters, and has directed that group for 33 years. Over the years he has helped countless songwriters, listened to hundreds of songs written by local talented Minnesota songwriters, performed 100’s of concerts, brought many people into recording studios, led worship and released several albums of his own songs.  He is continuing to record better and better music using Logic Pro and Band in the Box Real tracks.

John has performed his original music in numerous concerts as a solo artist and with various bands and has produced and professionally recorded 6 albums of his own music. Venues where John has played: Lake Harriet Bandshell, May Day Festival, Minnesota State Fair, The Cedar Cultural Center, Open Door Church Live, The New Union (Three Degrees), Ginkos Coffeehouse, Riverview Coffeehouse, Walker Church Benefits, The Lords Table, Famous Dave’s Uptown BBQ & Blues, Mall of America, Minnesota State Fair and many many more places. Today John is recording his 10th CD which will be out in 2022. He continues to write, perform and record and plans to release many more CD albums.