October 27th at 7pm, the Songwriters in the Round Series continues

with its 31st installment at the Main Gallery Stage featuring the original music of Andrew Spreck, Amanda Grace and AJ Scheiber. 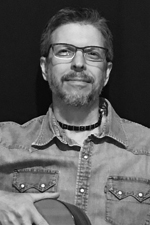 Andrew Spreck - Spreck has more than 30 years under his belt as a performing musician. In 2011 he transitioned from lead guitarist/vocalist playing in rock and blues cover bands to blossom into an outstanding solo acoustic artist. He "keeps music live" by averaging 30 live shows a year-frequently accompanied by a  percussionist - with over 30 original songs rotating throughout his performances. 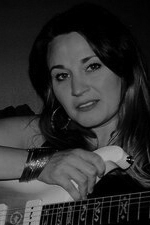 Amanda Grace - Amanda performs as a solo artist, a member of a women's contemporary folk band called Wildflower, and with her Amanda Grace band. She does not claim a particular genre of music, and in doing so enjoys variety in her music and audiences. Amanda has produced music drifting between folk and rock. With roots as a pianist her writing is thematically varied with an emphasis on melody and ballads wrapped in warm vocals. She’s released 7 albums. In 2016 she received a “Front Of Line” pass from The Voice. She continues to fully enjoy songwriting, releasing & performing original music while raising a family in the beautiful Mississippi river valley. 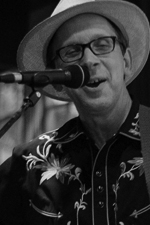 AJ Scheiber - Scheiber has been playing music around the Twin Cities since around 2000. Since 2008 he has been the main songwriter for the band Wilkinson James, which plays a mixture of honky-tonk, swing, and folk/blues.  As part of Wilkinson James and on his own, he has played many venues around the Twin Cities -- Hook & Ladder, First Avenue Entry, Turf Club, etc. -- as well as a lot of song pulls with other local songwriters.