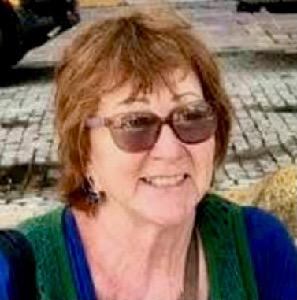 Judith Uebelacker's art reflects her travel and work experiences. Her love for travel exposed her to various art opportunities. In the city of New Orleans during Mardi Gras she was provided an opportunity to learn face painting which changed her life. Realizing that there was money to be made in art gave Judith the courage to eventually leave an office job and persue art. The face painting led to an opportunity in textile design in Dallas, Texas where she worked designing for Jaden Fabrics and Redd Smith Studio with clients such as J.C. Penny. Judith continued to face paint so when the design work became less challenging as most of the work was being done by the computer art department it was time to try something new. Judith drew caricatures, learned airbrush art and formed her own entertainment company booking herself and other entertainers.

While working as an entertainer in Dallas, Milwaukee and other cities Judith also participated in many art workshops on watercolor, pastels and acrylics with well known artists who painted landscapes, portraits and more. A semester at the Dallas Acadamy of Art studying with Walter Caruth Emerson opened up many other possibilities and Judith expanded her art to impressionism and non-objective art. Her work is still influenced by her years in textile designing.  Judith has had solo art exhitbits in Texas and Minnesota. She currently loves working with bold color, shapes, contrast and depth perception with acrylics.