Eight years ago, just three months after the Wyoming Area Creative Arts Community purchased the Hallberg Center for the Arts, we made our first attempt at a collaborative exhibition.

We had just purchased a gridwall system (this replaced the easels that artists brought to the gallery) to display artwork in the center spaces of the main gallery.  Still didn’t have much for lighting and had purchased a few battery-powered lights to attach above some artwork.

Nobody knew who we were or what we had accomplished, so we really didn’t know how this would go.  The art center didn’t have a security system or Internet.  We now had 58 member artists. 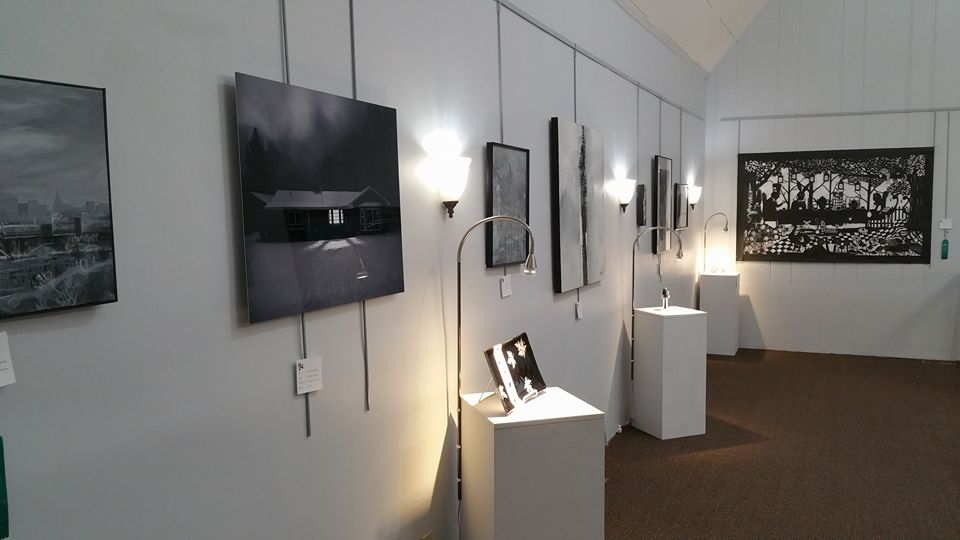 Jess Eischens was now involved with the Events Committee and wasn’t yet on the Board of Directors.  Jess was helping organize the Black & White show and was reporting to the board the status of the exhibit and would become a board member in November of 2015.

With two weeks to go before the opening, we didn’t have many entries for this collaborative exhibit.  Out of panic, Eric Peterson painted two 4’x6’ acrylic paintings in hopes that it would fill what looked like would be a lot of empty wall space.  One of those paintings hangs over our piano today.

As it turned out, we had plenty of artwork for the show (we now realized that artists always wait until the last minute to do anything).

Opening day came, members brought food to serve downstairs (there was not yet an Underground Gallery), and Karla made her colorful cheesecakes.

During the opening ceremonies, we also introduced the spoken word, which turned out to be a powerful addition to the show.  The black and white theme for the spoken word performers invoked thought provoking insights into racial and social injustices.

This month, the Black & White exhibit continues for its eighth consecutive year and is now one of the most intriguing and well attended exhibitions at the Hallberg Center for the Arts each year. 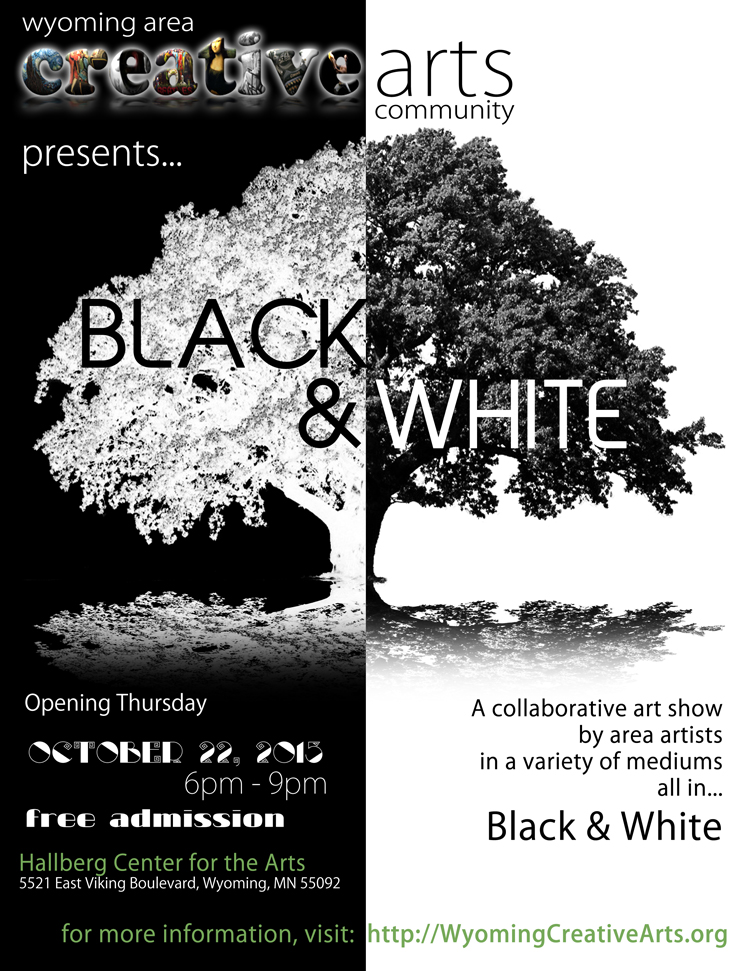