The Hallberg Center for the Arts will be closed 4th of July weekend - Both Friday 7/1 & Saturday 7/2.  Come visit us next week!

Songwriters in the Round #13 Video

The Wyoming Area Creative Arts Community Songwriters in the round series continues...

On March 29, the Songwriters in the Round Series continued at the Hallberg Center for the Arts. Starting at 7pm, free and open to the public, this concert was performed in the round and featured... 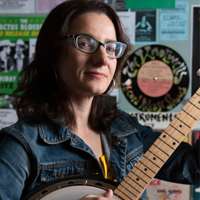 Mother Banjo, aka Ellen Stanley is a New England raised, Minneapolis based songwriter. Called “an outstanding poet” (Inside Bluegrass), she has been featured nationally on SiriusXM Radio and CMT.com. Her latest album “The Devil Hasn’t Won” is an Americana gospel collection showcasing her all-star 5 piece band.

An engaging live performer, Mother Banjo weaves humorous stories with fun covers and her own original material. She has performed at prestigious local venues like The Cedar Cultural Center and The Dakota Jazz Club as well as toured across North America 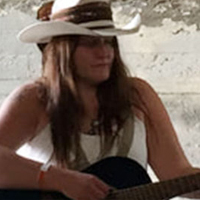 Amanda Standalone is a writer, folk musician and multi-instrumentalist from Minnesota. Standalone has released two albums, “Millions of Blackbirds” (2010), which bears the Title track “Bird flew Hard” for the HBO documentary ‘Paycheck to Paycheck: The Life and Times of Katrina Gilbert,’ and “Trouble” (2014), funded in part by a grant from the Lakes Region Arts Council and a successful indie go-go campaign. Her music is a soulful blend of acoustic folk/blues strongly influenced by American Roots music. She skillfully attacks the guitar, banjo, and her single stringed washtub, while packing an extra punch with her rich vocals. Currently, Standalone is working on her 3rd album and performing around the midwest. 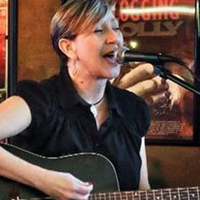 Raised in small town Minnesota, Becky Kapell moved to Portland Oregon in the 1980's and began singing back-up vocals in various bands and eventually fronted her own country cover band there. Along came a husband and kids and eventually a move back to Minnesota followed by a divorce and grown up kids. In 2007, after a long hiatus from music, Becky began teaching herself to play the guitar that sat in the corner of her living room. She knew only a few chords, which she played repeatedly in different combinations and rhythms until much to her surprise, melodies began to emerge and then somewhat magically, lyrics attached themselves to the melodies. She recorded 12 of those songs with old friends in Portland Oregon for her first record titled “For Now”. Sometimes plaintive and spare, sometimes humorous and lively, the songs capture the essence of a particular time of life and the frustration and heartache of unrealized dreams. Since the 2012 release of that record she has continued to write songs and morph her style from folk to her true love, classic country.

A new record is in the works featuring Becky's back up band "The Fat 6" and is slated for release in early 2018.